March For Our Lives 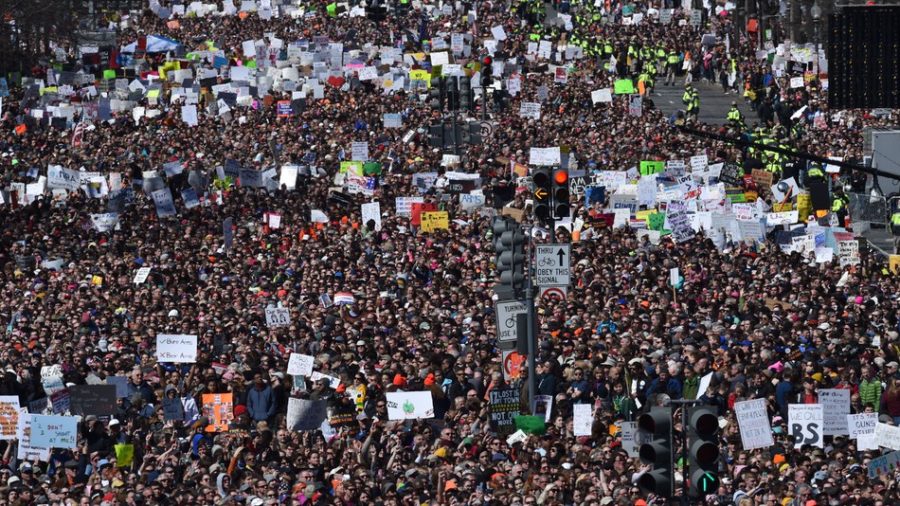 People from all around America gather together in support of tighter gun control to prevent another incident along the lines of the Parkland shooting.

On May 14th, 2018, schools across the country participated in a “walk-out” that took the time to honor the lives of the 17 students whose lives were all lost in the Parkland shooting, as well as protest against gun violence, Travis Ranch being one of these many schools. As stated in a district email sent to the school’s parents, “PYLUSD has a long and thoughtful history of prioritizing a “student-first” mentality.” Although Travis Ranch proved to be completely supportive of the protest, a few other schools disagreed.

While in some cases, the majority of the students were all for the walkout, it usually seemed to be the school’s basic principles that interfered. For example, as clarified in a letter sent home to the parents of Needville High School(a school that prohibited the walkout), it clarifies, “A school is a place to learn and grow educationally, emotionally, and morally. A disruption of the school will not be tolerated.” To bypass this obstacle, other schools in the same position have gone out of their way to publicly protest their beliefs on the issue.

One significant protest, taking place on March 24th, has been called called the “March for Our Lives” protest,  and is a student-led demonstration in support of tighter gun control. Citizens from around the country traveled far to reach Washington D.C. where the protest was being held. The overall turnout of the event was estimated to be around 1.2 to 2 million people. Protesters urged for universal background checks on all gun sales, raising the federal age of gun ownership and possession to the age of 21, closing of the gun show loophole, a restoration of the 1994 Federal Assault Weapons Ban, and a ban on the sale of high-capacity magazines in the United States. Hundreds of thousands of people attended bringing posters and signs displaying their thoughts and beliefs about the issues. Some of these phrases include, “You can put a silencer on a gun… but not on the voice of the people…” and “We are here, our voices are loud, and we’re not stopping until change happens.” Every person at this protest hopes to take a step toward change, even if one word at a time. With the help of the people and students of our nation, the “March for our Lives” protest ended up being one of the largest protests in American history, and was an undeniably successful attempt in protesting gun violence.